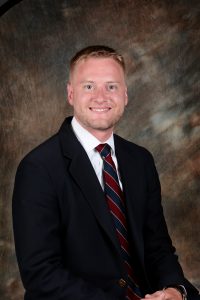 August 9, 2016 – Denver, PA – Morphy Auctions announced that David Geiger has joined the company’s Firearms Division as an Arms and Armor Specialist. This is a new position, implemented to strengthen the Morphy’s emerging bi-coastal leadership in this growing and important auction category. Morphy’s presents four firearms sales annually, and offers exceptional militaria throughout the year at other premier sales events. David will be responsible for identifying and valuing fine arms and armor, cataloging, developing and growing consignment networks, and representing Morphy’s at firearms events nationwide.

David, a fourth generation antique dealer and appraiser, has been professionally involved in the firearms industry since 2000. He has been collecting arms and armor since he was five years old and buying and selling as a dealer at shows at 10; today has special expertise in Kentucky rifles; early French, Indian, English, and American guns; and edged weapons.

According to Dan Morphy, President of Morphy Auctions, “We are thrilled to welcome David to our fine firearms team. He came to us through some consulting work. We realized right away how much value he could add to our growing firearms division, as well as the company. His broad knowledge base, industry involvement, work ethic, and customer-centric approach makes him a perfect fit for our dual firearms operations in Denver and Las Vegas.” David adds, “Morphy’s has a fantastic reputation for quality, honesty, and excellence, and I am delighted to be part of this world-class division. I look forward to meeting customers both in the office as well as on the road, and learning more about their collecting and deaccessioning needs.”

About Morphy Auctions:
Morphy Auctions, the finest auction destination for fresh to the market collectibles, is based in Denver, Pennsylvania. The company also has an office in Las Vegas, Nevada. A full service auction house, the company presents over 30 premier auctions annually. Morphy’s team of specialists includes the nation’s finest and most recognized experts in popular collecting categories including advertising; firearms; fine automobiles, automobilia and petroliana; coin-operated machines; antiques, fine, and decorative art; dolls, bears, toys, and trains; cast iron; coins; marbles; and jewelry. Morphy Auctions is owned by President and Founder Dan Morphy, a himself a lifelong and passionate collector of antiques, banks, and numerous other categories. Morphy’s has been in business since 2004 and has grown from two to over 65 employees in over a decade.