Designed in 1876 by William Mason, production of this model started early in January of 1877. The first production model was the Lightning, in the .38 Long Colt caliber. Later that year, Colt came out with the .41 Long Colt caliber called the Thunderer. The .32 Long Colt caliber, called the Rainmaker, did not go into production until sometime in 1887. Benjamin Kittredge, a large Colt Distributor in Cincinnati, Ohio, coined the nicknames for these guns as a marketing tool. He was also responsible for calling the 1873 Single Action Army, or model P, the Peacemaker and the 1878 double action in .44-40 the Omnipotent. The 1877 Colt was Colt’s first true double action revolver. This gun was created in response to the European market wanting a faster action to compete with the double action revolvers being produced in Europe at that time. 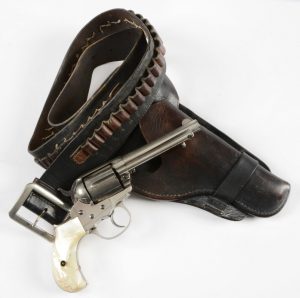 Between 1877 and 1909, Colt produced 166,849 of these guns. Of the 3 different calibers offered Colt produced the fewest Rainmakers, with just under 300 made. The Rainmaker was an uncatalogued firearm. In all of my research, I have never been able to find any advertisements that mention the .32 Colt Rainmaker. Two have been observed in .32 Smith & Wesson, and all others have all been in .32 Long Colt. Five have been reported as flat top target models. According to the factory records only six of the Rainmakers were factory engraved. 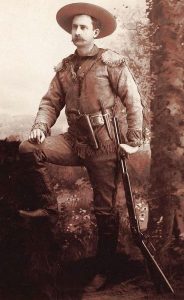 A fine-looking plainsman sporting an 1877 Colt.

Serial numbers that have been reported and or observed are as follows. 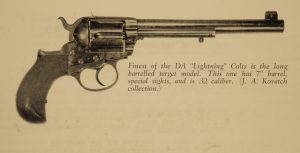 I found this in an old book. The serial number “M” is a seven and a half inch. But it is in the White. (Photo by Dana Moyer)

Total produced with the factory shipping records, 1877-1897, and the Factory Inventories, Finished Arms, Section A, 4th Floor North, would indicate that there were at least 242 produced. But six years of records are unaccounted for.  Observed serial numbers 108971, 112933, 113568 and 152346 were shipped in years that are missing records. Serial number M 7.5″ target sights in the white is also an oddity or a tool room gun. That would indicate at least 247 were produced,  and there is a good probability that a few more were made that remain undocumented. If you would like to add your Rainmaker to my database, please email me with the serial number and the specs on the gun. A copy of the factory letter or photos are welcomed as well. 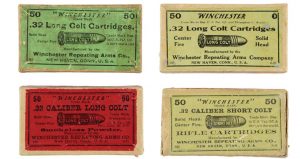 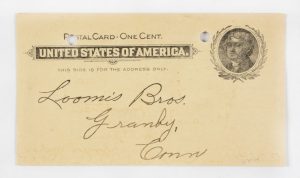 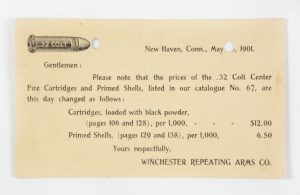 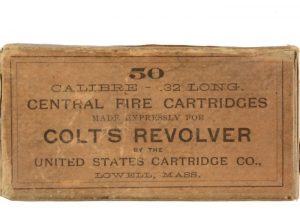 A hard box of ammunition to find. Authors collection. (Photo by Dana Moyer) 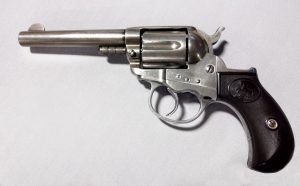 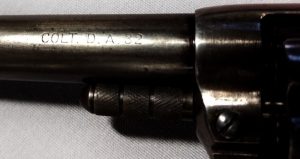 Barrel stamping. From the collection of James Glover. (Photo by author)